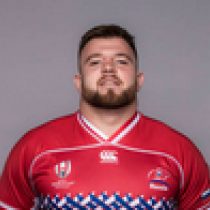 He featured a further 12 times after his test debut before he got his first start in his 14th test for Russia.

Formerly of VVA-Podmoskovye, Podrezov was training with London Irish in April 2021 and signed a short-term contract with the club until the end of the 2020/21 season.