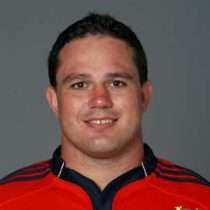 Due to an injury to Marcus Horan, Du Preez was signed on a three month loan deal for Munster in late 2009. Such were the level of his performances, Munster opted to sign the former Cheetahs prop on a two year deal in May 2010. Du Preez has adapted excellently at Munster and has become one of the squad integral members. In February 2012, Du Preez extended his Munster stay by signing a new deal. Such is his commitment to Munster, Du Preez has decided to put his international career on the back burner.

He represented Munster for three years, before briefly returning to the Free State in 2013.

In 2014, he joined French club Lyon and in May 2016 du Preez retired from professional rugby