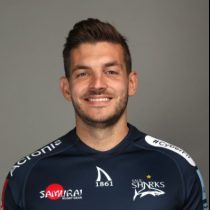 Born in Macclesfield, England, Cliff is a nippy scrumhalf with an eye for a gap around the base of the ruck.

In the summer of 2008, Cliff signed his first professional contract with Sale Sharks in the English Premiership and made his debut later that year. The scrum half racked up more than one-hundred first team outings for Sale, having graduated through the Club’s Academy system.

Cliff joined Bristol Rugby ahead of the 2015/16 campaign, making 45 appearances before signing for Sale Sharks in March 2017 on a two-year deal.