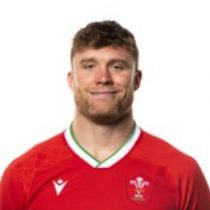 Second-row forward Will Rowlands is a product of Rugby School. Rowlands was handed a first-team contract in the 2015 season, he graduated from the Wasps Academy having previously been a part-time member, while also studying for an Economics and Management degree at Oxford University.

During his time at Oxford, Rowlands won blues in the 2012 and 2013 varsity matches, The second row made his Wasps debut in the 2012/13 season’s LV=Cup match against Leicester Tigers.

The second-row was handed a first-team contract in 2014 and spent much of the following season on loan at Jersey in the Championship.

Rowlands spent much of the 2015/16 season after the World Cup on loan at Championship side Jersey, before returning to Wasps to answer an injury crisis in the second row. Having impressed he made his Premiership debut away at Saracens, and going on to make another six first-team appearances that season

Since then he has become an important part of the senior squad and has enjoyed increasing amounts of game-time. In 2017/18, Rowlands made 20 appearances including a number of eye-catching displays in both the Aviva Premiership and the European Champions Cup.

He was an ever-present during 2018/19 with 28 appearances in the Black and Gold and picked up the Players' Player of the Season award at the Club's annual End of Season Awards.

In January 2020, he was named as one of five uncapped players in Wales' Six Nations squad.

He made his international debut for in February 2020 in a 27-23 defeat against France as a second-half replacement.

In January 2021, he signed a long-term contract with the Dragons.