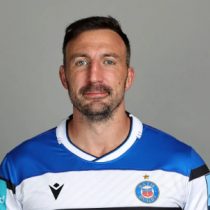 Born in May 1992, Spencer is an imposing figure on the paddock and operates primarily in the second row.

At over 2 metres tall, Spencer is a more than useful option when it comes to the set-piece. Through a raft of injuries, the lock got his opportunity in the 2012-2013 season when he made his debut for Bath in the English Premiership.

In January 2016, Spencer made the move to local rivals Worcester Warriors from the 2016-17 season.

In May 2017, Spencer was invited to an England training camp by Eddie Jones and was named in the England squad to play Barbarians, being called up as an injury replacement.

Spencer made a pleasing start to his career at Sixways - making 11 appearances in the Premiership scoring two tries during the 2016/17 campaign.

In 2018 he signed for Leicester Tigers.

He made over 30 appearances for the Tigers before signing a deal to return to Bath in July 2020.