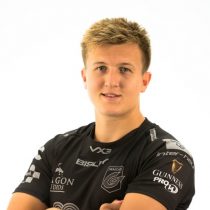 Born in High Wycombe from a Welsh father and an English mother, Talbot-Davies grew up near Birmingham and joined the Exiles program set up. He was spotted playing for the Welsh Exiles, played age-grade for the Dragons, earned selection for Wales Under-18s and then signed a contract at Rodney Parade.

After graduating from school, he became a full-time member of the Dragons academy and in 2017 he was called to represent Wales U20 at the Six Nations.

Talbot-Davies was given a Dragons senior debut off the bench in the Anglo-Welsh Cup clash at Leicester in the autumn of 2016.

The fullback has represented Wales sevens during his time at the Dragons but has still managed 27 appearances for the club and 6 tries.