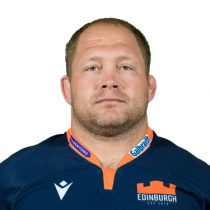 An immensely powerful scrummager and dynamic ball carrier, Nel was held in high esteem in the southern hemisphere, with his capture seen as a major coup for Edinburgh Rugby, where he has combined his immense scrummaging power with an impressive turn of pace.

As a stand out for Western Province in the 2008 Vodacom Cup, Nel was loaned to Boland Kaveliers to compete in the Currie Cup, where he was spotted, and snapped up, by the Free State Cheetahs. He stayed a Cheetah for four years from his Super Rugby debut against the Waratahs at the tail end of 2009.

He then starred in the club’s journey to the Currie Cup final in which his highlight was undoubtedly a semi-final overpowering of Natal Sharks’ South Africa internationalist Tendai ‘the Beast’ Mtawarira.

Nel joined Edinburgh Rugby in 2012 on a three-year deal, making his debut against Munster the same year.

He qualified to play for Scotland through residency in 2015 and went on to make his international debut later that year against Italy in Turin.

The South African-born prop was included in the Scotland squad for the 2017 Six Nations but ruled out a week later with a neck injury sustained during his club’s European Challenge Cup win over Harlequins.

In March 2017, Edinburgh Rugby announced the re-signing of Nel on a three-year deal, keeping him at the capital club until at least May 2020.

In 2018, after recovering from a broken arm, WP returned to the Scotland squad in time for the 2018 6 Nations, coming off the bench at BT Murrayfield against England in Scotland's historic Calcutta Cup win, and won four more caps at the 2019 Rugby World Cup in Japan.