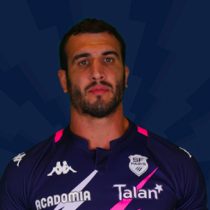 Maestri started his club career at RC Carqueiranne-Hyères before moving to Toulon in 2003. He began to cement his position in the side and helped Toulon to earn promotion in the 2008-09 Top 14 season.

He was then signed by Toulouse for the 2009-10 Top 14 season where they made it all the way to the semi-finals before losing to eventual champions, Perpignan. In 2010, he was part of the side that won the Heineken Cup when they beat Biarritz in the final. The 2010-11 season brought even more accolades when Maestri finally won his first Top 14 title.

As reward for his consistent and influential performances over the previous few seasons, he was handed his debut for the national side in 2012 when France took on Italy and won 30 points to 12. He has become a regular in the French side and it was no surprise when he was included in the French squad for the Six Nations Championship in 2015.

The 2015 Six Nations was a mixed one for Maestri, who starred for France in spite of them losing the final match of the championship to lose the tournament outright. However, his natural leadership and ball carrying skills ensured his place in the French squad for the 2015 Rugby World Cup.

In June 2016, he was included in the France 28-man squad for their tour of Argentina.

Has played the last 25 6 Nations encounters, scored his only test try on his 35th cap in the 6 Nations game in Rome 2015.

Maestri was named in Guy Noves' squad for the November Internationals, heading into the series he has already played 65 times for France.

In November 2017, La Rochelle announced the transfer of Maestri from Toulouse for the 2018-19 season.

In his time with Toulouse, he won the Top 14 twice and Champions Cup, playing 173 league matches and 47 in European competition.

Maestri pulled out of his contract with La Rochelle in order to join Stade Francais after the club was able to avoid relegation.