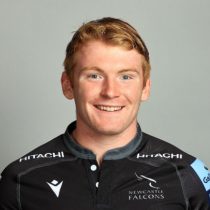 A Northern Irishman is a former first-team captain at Bangor Grammar School, who played in the All-Ireland League for Bangor before moving to play club rugby in New Zealand with Tauranga Sports.

Also playing once for the Bay of Plenty provincial team, Zach had a two-month spell in the English Championship with Yorkshire Carnegie, and combines his rugby commitments at the Falcons with a law degree at Newcastle University. Zach made his first team debut in December 2020 when he helped the Falcons to an away win over Castres in the European Challenge Cup, and made his Premiership bow away to Exeter in May 2021.

Zach Kerr joined the Falcons' senior academy in the summer of 2020.