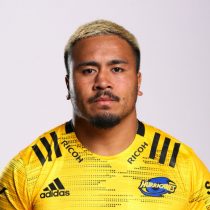 A powerhouse hooker with explosive ball carrying and tackling ability, Aumua has shone at every level he has played.

Asafo was selected to play in the 2016 and 2017 World Rugby Under 20 Championships for New Zealand and took part in St. Patrick's College Silverstream first XV, the top representative team in secondary school.

In rugby sevens, Aumua was named player of the tournament at the Marist College event, and joined the New Zealand Marist sevens squad for their tour of Samoa.

Aumua currently plays for the Wellington provincial team and made his professional debut for the union in 2016 at the age of 19. He won a championship with Wellington in 2017 and was named NZRU Age Grade Player of the Year.

He got called up to the Hurricanes 2018 Super Rugby squad. He made his Super Rugby debut against the Crusaders in March 2018.

Asafo made his senior international debut for New Zealand in November 2017 at the age of 20, becoming one of the youngest players to represent New Zealand. He made his debut against the French Barbarians.

The now-formidable hooker has always been a star in the making, getting selected for the St Patrick’s College Silverstream first XV at the age of 15 and then going on to be part of the New Zealand Secondary Schools team and the U20s squad which won a World Championship.

Since his 2018 Hurricanes debut against the Crusaders, Aumua has solidified himself as one of the most threatening forwards in Super Rugby.

He enters the 2020 Mitre 10 Cup with 42 appearances made for Wellington, and 95 points scored.