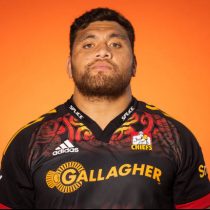 Moli was born in the northern New Zealand town of Gisborne, but did his secondary education on New Zealand's South Island, attending Marlborough Boys' College in Blenheim.

While attending high school, he represented Marlborough at under-16 and Tasman at under-18 level before moving to Waikato after graduation and representing them at under-19 level.

Moli represented New Zealand Schools in 2013 and was a member of the New Zealand Under 20 teams which competed in the 2014 and 2015 World Rugby Under 20 Championships.

Moli debuted for Waikato during the 2015 ITM Cup in a match against Tasman on 14 August 2015. Hindered by a foot injury, he only played 6 games during his first season of provincial-level rugby, two of which were from the start.

In 2016, he made six appearances, this time, however, they were all from the start as he began to make the No. 1 shirt his own.

He would go on to represent the Chiefs on 6 occasions in 2016 and was called into the squad for the 2017 Super Rugby season.

Moli joined the All Blacks training squad during the 2017 Rugby Championship and was named as one of 5 additional players in the All Blacks touring squad, meaning he would be available for selection against the Barbarians and would return to the squad for the French leg of the tour.

2017 season which saw him play in all but one of the Chiefs matches.

In June 2019 he was again selected in the All Blacks squad ahead of the Rugby Championship.

In 2019 Moli made his All Blacks debut off the bench against Argentina.

He was also part of the 2019 All Blacks Rugby World Cup squad who finished the tournament 3rd in Japan.

Moli returned to the Tasman region in 2019 playing 1 Mako match before before suffering a season-ending hip injury in 2020.