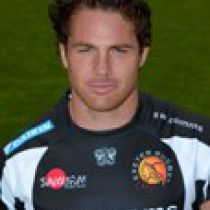 Hailing from New South Wales in Australia, White is a quality backrower who is comfortable on both the openside and blindside. After an unsuccessful year at the Brumbies in 2005, White left to join up with the Cardiff Blues where he spent 5 years. In 2011 White signed a contract with the Exeter Chiefs where he has become a key member of their back-row group.

In 2015 he extended his contract for the Chiefs and has become an integral part of the set up under coach Rob Baxter. As of January 22 '15 he had made 84 appearances and scored 15 tries for the club. White has stood out for his work at the breakdown and high work rate during his time at the Chiefs.