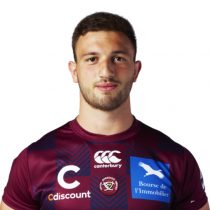 A powerful and versatile Georgian forward, Beka Gorgadze started his professional career at Mont-de-Marsan in France.

He spent two seasons at the ProD2 club making over 30 appearances.