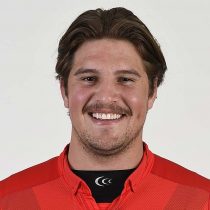 Hyne was selected in the Queensland Country Under-17 team back in 2011 after impressing selectors while playing for his Downs Rugby club side, and debuted for Brothers Premier Grade in 2012

After a consistent season playing for Brothers in the 2015 Premier Rugby season, Ben Hyne earned a call up for the Brisbane City squad.

In June 2016, Brumbies head coach Stephen Larkham brought in Hyne as an injury replacement for David Pocock in a Super Rugby match against the Reds.

In August 2017, Brumbies back-rower Ben Hyne has signed a new one-year deal with the Canberra-based franchise until at least the culmination of the 2018 season.