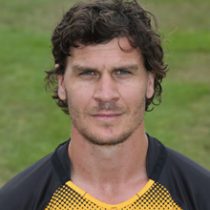 Hailing from Sydney, Australia, Ben Jacobs primarily operates as an outside centre. First signed to Super Rugby franchise the Waratahs in 2004, Jacobs has since enjoyed spells in several locations across the globe.

Most notably he spent three seasons at London Wasps in England before moving to Japan to take up a career with Kyuden Voltex in the Japanese Top League.

Jacobs was a member of the inaugural ARC winning Central Coast Rays side in 2007 and signed with Australian franchise the Western Force in time for the 2013 Super Rugby season.

On May 26th 2016, the 34-year-old announced his retirement from professional rugby, mentioning he wants to stay in England and explore coaching opportunities.