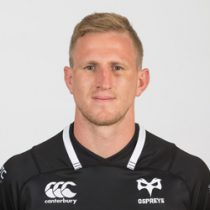 A centre by trade, John played club rugby for the Ospreys regional team having previously played for Aberavon RFC.

Having made his senior debut in February 2010, the Ospreys development system product signed to remain with the region until the year 2018 before announcing his retirement in January 2019.