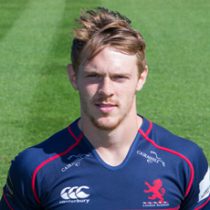 Ben scored his first Scotland under-20 try v Italy, when he came on as a second-half substitute in the 2015 Six Nations Championship clash at Netherdale, and subsequently added to his international tally with his side's sole try in the game against England in Darlington.

He has played age-grade rugby for his region (Edinburgh) and Scotland at both U16 and U18 level, scoring three tries in the 2014 FIRA European Championship against Portugal and Italy.

His searing pace earning him U17 British Championship success at 400m and saw him race to New Year Sprint glory in 2013, while we has also spent time as a professional youth footballer before turning his full-time attention to rugby.