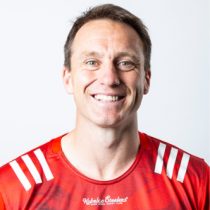 Outstanding pace, sound defence, superb support runner, link man and one of the finest players under the high ball made Ben Smith one of the All Blacks’ go-to guys.

The popular Dunedin man burst on to the scene in 2009 playing for Otago in the ITM Cup, following a successful underage career at all levels. He represented New Zealand U21 and the sevens team with whom he won Commonwealth Games gold in 2010 in Delhi.

The pacey outside back quickly rose to the top as a winger or fullback and has since been regarded by many as one of the finest fullbacks in the modern game. Smith made his All Blacks debut in 2009 against Italy in Milan, but failed to make the world cup squad in 2011.

After starring for the Sevens side as well as his club the Highlanders, Smith was called back into the New Zealand squad in 2012. In 2013, he equalled a Rugby Championship record by scoring eight tries in a single campaign sharing the record with Christian Cullen (2000) and Bryan Habana (2012). On 17 August, 2013, he scored his first test hattrick in a 47-29 win over the Wallabies in Sydney later that year he was a nominee for World Rugby Player of the Year.


In 2015, he helped the Highlanders win Super Rugby for the first time and was included in the RWC wider squad by Steve Hansen.

May 2016 saw Smith being confirmed to be the new All Blacks vice-captain for the 2016 season before re-signing for New Zealand Rugby in February 2017 on a 3-year deal. Smith became the 68th captain of the All Blacks on 16th June, 2017 against Samoa in Auckland.

The man known as the Accountant confirmed his departure from New Zealand Rugby after signing a contract with French club Pau, who he joined after the 2019 Rugby World Cup in Japan where the All Blacks finished third overall.

Smith played his final game for the All Blacks in the third-place playoff against Wales where he scored a brace for his country taking his test try tally to 39, the 6th highest tally at the time and seven behind former All Black fullback Christian Cullen.

A Highlanders' legend, Smith represented the Super Rugby side 153 times scoring 39 tries and won the competition with the side in 2015. His incredible test career included a Rugby World Cup winners medal, six Rugby Championship trophies, seven Bledisloe Cups and a nomination for the World Player of the Year.

Smith played just 5 TOP 14 games for Pau before the season was abandoned after which he signed on to join Japanese Top League side Kobe Steelers.