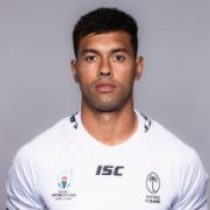 In 2013, Volavola earned his first cap for the HSBC Waratahs in round one against the Queensland Reds, capping off an eye-opening debut with a superb individual try. One of four up and coming Shute Shield youngsters invited to join the squad for the first two weeks of pre-season training, the 21-year-old fly half/fullback earned a full-time place in the squad thanks to a potent mix of promise and potential.

A dangerous player comfortable in the frontline or backline of attack, the Sydney-born youngster ignited his passion for rugby as a seven-year-old living in the Fijian town of Suva, where he spent his early childhood before returning to Sydney’s St George region.

Volavola started all four of Fiji's games at the 2015 Rugby World Cup.

In 2016, Volavola will join the Crusaders.

Sydney-born Volavola, who also played provincial rugby for Canterbury, had signed a two-year contract with the Crusaders but was released late last year.

Volavola signed a one-year contract with the Melbourne Rebels following an unsuccessful stint in New Zealand with the Crusaders.

As of the 2018/2019 Champions Cup, Volavola has had 4 European Cups appearances scoring 13 points.