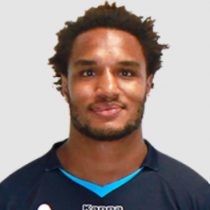 He then played for Union Bordeaux Bègles in the 2007-08 Rugby Pro D2 season playing 12 games and scoring 3 tries before being moved to Bayonne.

Fall took part in the 2010 Six Nations Championship for France, starting on the wing against Scotland, and currently plays for Montpellier in the Top 14 club competition.