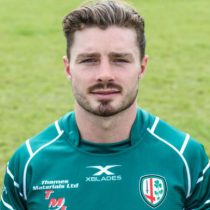 Englishman Ransom is a devastatingly quick fullback with the ability to beat defenders in the tightest of spaces.

Educated at Tonbridge School in Kent, Ransom has gone on to represent England at several underage levels including the Under 20 side. In 2011 and 2012 he enjoyed dual registration with Championship side Bedford Blues, in an attempt to gain more experience before getting his first team chance at Sarries.

The clinical winger notched up nine tries during the 2016/17 season, including a contender for Try of the Season in the annual St Patrick’s Party against Cornish Pirates.