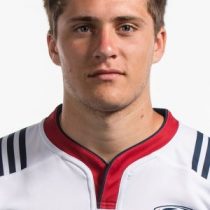 Ben was a four-time High School All-American at Gonzaga College in Washington, DC, winning a National Championship in 2014.

He has represented the Men's U20 All Americans, starting with the 2014 Junior World Rugby Trophy in Hong Kong.

In 2016, Ben helped the Men's U20 All Americans cement their place in the World Rugby U20 Trophy by successfully kicking a final-second 50+ meter penalty against the Canada Juniors.

October 2016 saw him receive an invite to camp with the Men's Eagles for all five of their 2017 Americas Rugby Championship matches.

In May 2017, Benjamin was named in the USA Men's Eagles squad for the Emirates Airline Summer Series and Rugby World Cup 2019 Qualifiers this June and July, having won 4 caps to date.