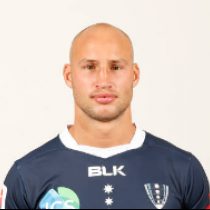 Meakes competed with Australia U20s during the 2011 IRB Junior World Championship. He has also appeared at Sevens level for Australia as he participated in the 2011–12 IRB Sevens World Series.

His first professional contract came when he signed with Gloucester on January 15th 2015.

On 2nd July, 2016, it was announced that Meakes would be released from his contract at Gloucester Rugby to pursue a career in Super Rugby.

12th July saw him sign with the Western Force on a two-year deal.

Meakes played in all but one (14/15) of the Western Force's Super Rugby matches in 2017, scoring on try, and earned himself a call up into the Wallabies squad ahead of the Rugby Championship.

He failed to make an appearance during the Rugby Championship but was named in the Wallaby squad to face the Barbarians where he played. He was named in the Bledisloe Cup squad in 2018 following a good Super Rugby season

In November the Melbourne Rebels signed Meakes for the 2018 & 2019 Super Rugby seasons.

The agile inside centre played every game in his first year at the club, and while he initially started the season as a reserve back, by Round 8, Meakes was virtually starting in every match as the Club's inside centre.

Meakes started off the 2019 Super Rugby season at inside centre and paired with 13 Tom English to create a terrific combination throughout the Club's 5-2 start to the season. He played in all of the club's 16 matches.

He signed a one-year deal to remain at the Rebels until the end of 2020.

In October 2020, Meakes signed a short-term deal with London Irish, who he would go on to make seven appearances for.

Two months later, he signed for Major League Rugby side The LA Giltinis on a two-year deal.