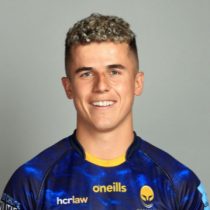 Since being identified by rugby watchers in his native South West as a rising teenage talent, fly-half Billy Searle has seemed destined to make his mark on the sport at senior level

Billy Searle joined the Bristol Rugby Academy in the summer of 2016.

The fly half makes the switch on a two-year contract following an impressive season with Plymouth Albion in National One.

After two season at Bristol. Searle signed for Wasps in 2018 where in his first season he made 13 appearances before a horrific leg break in a Premiership win against his old club, cut his campaign short.

In June 2020 he announced he would be leaving Wasps, he made 21 appearances in Black and Gold, kicking 98 points.