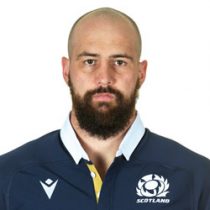 Thomson was a member of the Baby Blacks' U20 team that won the 2010 IRB Junior World Championship in Argentina.

Having been a member of the Hurricanes Wider Training Group in 2012 he joined the senior squad for the 2013 Super Rugby season.

Thomson has been impressive since debuting against the Crusaders in 2013 and he was first called into the Maori All Blacks in the same year.

Injury reduced his Super Rugby season to just two appearances in 2017, but after a solid offseason, he was raring to go for the 2018 campaign.

At his best, Thomson has also bruised No 8 for Taranaki/Hurricanes. He is a threat in the wide channels; thrives when getting his arms free to offload and offers a reliable lineout presence.

His versatility was a real asset to the Hurricanes as he can play lock, flank and No.8. The Gisborne man has won 6 caps for Maori All Blacks.

In February 2018, Scarlets announced that Thomson would join the Welsh region for the 2018-19 season.

He helped the Hurricanes to the Super Rugby semi-final in his last season with the club making 12 appearances taking his cap tally in the competition to 45.

The Scarlets back-row was included as one of three uncapped players in Scotland's squad for the 2018 November Internationals.

He made his debut on 24 August 2019 in a Rugby World Cup warm-up match against France at Murrayfield Stadium.

In May 2021, Thomson signed a new contract to stay at Parc y Scarlets.