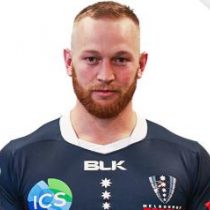 Killingworth made his World Series debut in Capetown during the second leg of the 2015-16 world Series and has continued to improve since then.

In Rugby Sevens, the Sydneysider also represented New South Wales in the National Sevens Championship in March 2015, helping his side win the title at the Sydney Academy of Sport in Narrabeen.

He was included in the Australian Men's Sevens squad for the 2018 Sevens Rugby World Cup.

In 2019, the forward was a key part of Warringah's charge to the Shute Shield Grand Final, appearing 11 times throughout that season.

He was a part of Warringah's five-point loss to Sydney University in the Shute Shield Grand Final.

Killingworth signed for the Melbourne Rebels for the 2020 Super Rugby season.