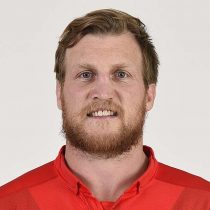 O'Connor won the 2009 IRB Junior World Championship with New Zealand Under 20. In 2012 O'Connor was a member of the Crusaders Wider Training Group and made two competition appearances that season.

He led Hawkes Bay to victory in the 2015 ITM Cup Championship Division and was a regular in Super Rugby with the Blues in Auckland before joining Tigers.

O'Connor arrived at Welford Road in the autumn of 2015, scoring a try on his debut in a European Champions Cup win over Stade Francais, and after 29 appearances for the club, he re-signed in February 2017.

He returned to New Zealand in 2019 returning to Hawke's Bay.

He joined the Sunwolves ahead of the 2020 Super Rugby season.