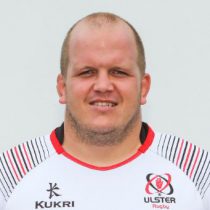 Born in Washington, but raised in England, Black represented Ireland from U 18 up to U 21 level, meaning he is still eligible for selection to the American Senior side. He began his career at Worcester, where he played 21 times in four years. In 2011, Black joined Ulster.

Callum is a strong scrummager with an outstanding work rate around the park. He signed a 3-year deal with Ulster late in 2014.

During his time in Northern Ireland, Black made 141 appearances which saw the prop reach the quarter-finals of the Heineken Cup in 2013 and 2014, and the final in 2012.

In February 2018, Black confirmed that he will be returning to Worcester Warriorson a two-year-deal.