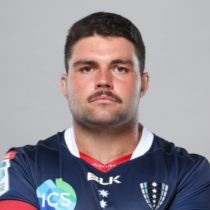 Orr appeared for Australian Under-20s in the 2014 World Rugby Junior World Championships in New Zealand and 2015 in Italy.

Having been part of the Waratahs' Generation Blue Academy, Orr developed his game by playing for the Greater Sydney Rams in the National Rugby Championship.

Upon his arrival in the UK, he was signed by Gloucester Rugby. He spent 2 seasons at Gloucester before signing for the Western Force.

Following a two-year stint with the Western Force in the Global Rapid Rugby competition, Orr announced he would be signing with the Melbourne Rebels for the 2020 Super Rugby season.