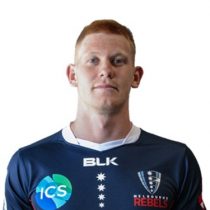 After representing Queensland and Australia at schoolboy level, Magnay was picked up by Queensland club side GPS upon completing his studies at St Joseph's College, Nudgee.

His performances in the Queensland Premier Rugby competition brought him to the attention of the newly formed Queensland Country NRC side and he became the youngest player contracted to either of the two Queensland NRC squads.

Magnay was handed a Super Rugby contract while aged only 17 by the Reds ahead of the 2015 Super Rugby season.

He went on to earn 12 caps for the side, scoring 5 points.

He spent two seasons in Japan playing alongside Matt Giteau winning two titles before signing a deal with the Rebels for the 2019 Super Rugby season.

Magnay returned from a leg injury to become a major part of the side for the second half of the season, clocking up nine appearances after round six.