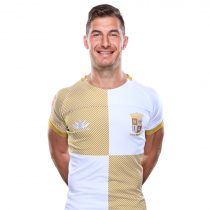 South-African Carl Meyer has turned heads since helping Ebbw Vale to their Swalec Championship success last season. During the 2014/15 season the versatile back returned to the Steelmen and caught the eyes of the Gwent Region.

Meyer was given his first start for the Men of Gwent in February 2015 against Exeter Chiefs in the LV=Cup.