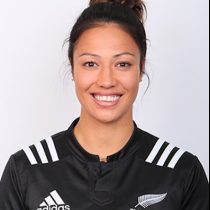 Hohepa first debuted for the Black Ferns in 2007 where she scored two tries against Australia and in 2010 the talented and fast-paced winger scored the only try in the World Cup Final win over England. Hohepa was also part of the 2017 Women’s Rugby World Cup winning squad.

Hailing from Te Awamutu in the Waikato, Hohepa was also a star at Sevens, making her debut for the Black Ferns Sevens in 2013 and playing for the side in 2014 and 2015.

At provincial level she has donned both the Otago Spirit jersey and Waikato colours.

Ahead of the Super Series, Hohepa has 19 test caps and has scored 80 points.