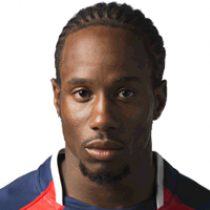 Isles began his rugby career shortly after 2012 Summer Olympic Games with the Gentlemen of Aspen Rugby Football Club and earned a Residency contract with the USA Sevens.

He was one of the leading try-scorers on the Eagles during the 2012-13 IRB Sevens World Series.

Isles returned to the Olympic Training Centre in 2014 following a stint with the Glasgow Warriors of the Guinness Pro12.