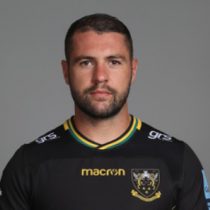 Born in Chesterfield, England, Davies was educated at Birkdale School. A scrumhalf by trade, Davies began his career with Nottingham in the English Championship.

A brief spell at Stade Francais in France preluded his career at London Wasps which began in the summer of 2010. Davies has also represented England at U 20 level.

The Welsh qualified player made his first appearance for the Dragons against Connacht in the Guinness PRO14.

In August 2017 he re-signed with the Welsh club before taking up a contract with Northampton Saints in 2018.

In May 2019, he announced his retirement from rugby.