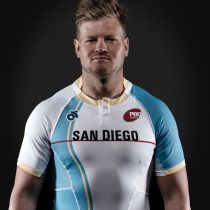 A dynamic scrum half, Purdon, represented the Sharks U19 & U21 sides in the Currie Cup while playing for College Rovers in Durban. He made his move to Port Elizabeth where he played Varsity Cup for NMMU before moving to Cape Town where he played for the country's oldest club, Hamilton SP RFC. During his time in Cape Town he played 7's rugby for Western Province. After a brief stint at Edinburgh Rugby the South African signed for Santa Monica Rugby Club and then San Diego Rugby to play in the Pro Rugby USA league where he earned Man of the Match in their Round 1 win.