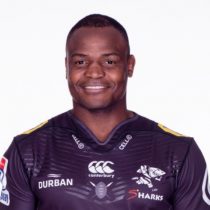 Former South African u20s captain Chiliboy Ralepelle was educated at Pretoria Boys High School. Ralepelle represented SA Shools, SA U19s and SA U20s before being selected for the Blue Bulls Vodacom Cup side in 2005, at the age of 19.The following year he made his Super Rugby debuted for the Pretoria-based franchise.

Despite having less than ten minutes of Super Rugby experience and five Vodacom Cup matches to his name, Ralepelle was included in the Springboks squad for the 2006 Tri Nations Series.

Ralepelle made his Springbok debut off the bench, at the age of 19, against the All Blacks in Pretoria. A serious knee injury saw Ralepelle sidelined for 18 months meaning that when he returned to the field in August 2008 he made his Currie Cup debut two-and-a-half years after he made his Super Rugby debut.

He continued his career with the Bulls and South Africa up until he left Pretoria to join French side Toulouse in 2013. Ralepelle picked another serious knee injury in 2013. In 2014 Ralepelle was banned from professional rugby for 2 years for the use of illegal substances and had his Toulouse contract cancelled.

The hooker joined Super Rugby side the Sharks ahead of the 2016 Super Rugby season following the completion of his ban.

Ahead of the 2018 Super Rugby season Ralepelle has made 93 Super Rugby appearances and has represented the Springboks 23 times.