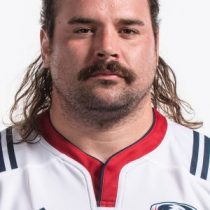 Baumann was selected to represent the USA Selects on a tour of South America where he won over coaching staff and earned a spot on the Men's Eagles.

In 2016, Baumann signed a contract to play for the Denver in PRO Rugby and later signed to play with the Wellington Lions of the Mitre 10 Cup before getting included in the USA side that would compete at the 2017 Americas Rugby Championship.

Baumann, who has 20 international appearances, earned his first USA cap against Tonga in the 2015 Pacific Nations Cup and made three appearances in the Rugby World Cup that year, scoring his first Test try against Samoa.