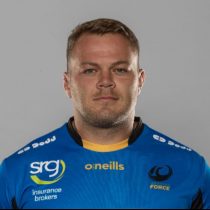 Converting in his early twenties from the backrow to prop, Heiberg has made steady progression over the last four years representing the University of Cape Town and Western Province Amateurs.

His break came in 2013 when selected for the Western Province Vodacom Cup team where his team made the semi-final and was subsequently drafted into Stormers squad.

Heiberg secured his first Professional Contract when he signed a three-year deal with the Western Force in June 2013.

After going home to South Africa to play for the Southern Kings in 2017 his return to the Force in 2018 was accompanied by his hard and fast style of defence.