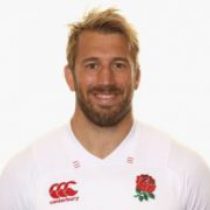 A former Millfield student, he made his debut for Harlequins in 2005 and quickly established himself as a favourite among supporters as the Club regained Premiership status.

As Harlequins asserted themselves among the best clubs in the Premiership, Robshaw was at the forefront with his powerful all court game, high work rate and natural leadership abilities.

In the 2008/09 season Robshaw was named Premiership Player of the Year and was handed the Harlequins captaincy in 2010.

Under Robshaw’s leadership, the Club enjoyed its most successful period in the professional era as the back rower led Harlequins to the 2011 Amlin Challenge Cup and the 2012 Aviva Premiership; scoring a try against Leicester Tigers in the Final.

Following the successful 2011/12 season, the one-club man was once again named Premiership Player of the Season; the only player to win the award twice.

He captained his country for the 2015 Rugby World Cup. In January 2016, he lost the England captaincy to hooker Dylan Hartley, but retained his place as a regular starter. Robshaw was shifted to blindside flanker that year.

The Redhill-born back-rower was also a crucial element to England’s unbeaten 2016, playing in every match of the RBS Six Nations Grand Slam, the 3-0 whitewash of Australia and the four Old Mutual Wealth Series wins

In April 2017, Robshaw was included in the 31-man England squad to tour Argentina in June. He was named as a co-captain for England's game v Barbarians. He has won 56 caps for England.

In August 2017, Robshaw announced that he re-signed with Harlequins until 2020. Heading in to the 2017/18 season, Robshaw has made well over 200 appearances in the quartered shirt.

In January 2018 the former English captain was included in the England 2018 6 Nations squad. He has made 59 appearances for his country to date.

In August 2018, Robshaw was named co-captain of Harlequins for the 2018/19 season along with James Horwill.

August 2019 saw him continue his role as Harlequins captain before announcing he would exit the club at the end of the 2019/20 season.