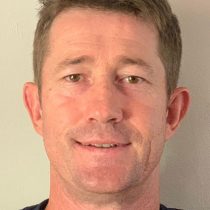 The former flyhalf, not to be confused with the World Cup winning hooker from 1995 of the same name, started his career at Western Province and represented the side until 2005 winning two Currie Cups in 2000 and 2001.

He left the side in 2005 signing for then PROD2 side Toulon. Rossouw's final season at Toulon saw the side gain promotion to the TOP14.

He returned to South Africa signing with the Cheetahs. He brought his playing career to an end in 2009 and ventured into coach.

He started out coaching at the Stellenbosch University in 2011 and was promoted to head coach of the side in 2012. He remained in Stellenbosch until 2017 when he joined Namibia as the side's assistant coach.

He spent just one year with the side before returning to South Africa taking up an assistant coach role with Western Province's u20s.

In 2017, he was the Head coach at Stellenbosch Academy of Sport before he signed on as the Bulls' Backs coach in 2019.