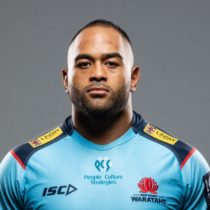 The younger brother of Queensland Reds and Brisbane City prop Sam, Chris Talakai earned his first start for the Stars midway through the 2015 NRC season after a strong season with Sydney University. The young tighthead is studying a Bachelor of Health & Movement (Sport) at the Australian College of Physical Education.

The Sydney University product earnt a reputation as one of the most dependable forwards in the Shute Shield where he won the premiership in 2019 and has featured in the National Rugby Competition since 2015. Now with the NSW Country Eagles, the prop is known for his hard work, having earnt his Waratahs contract in 2019 because of the work he put in during preseason.

He made 14 appearances during his debut season with the Waratahs in 2019 and is primed to unleash following a stellar 2019.