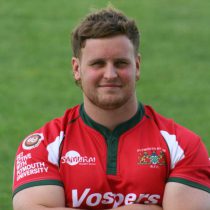 Once a regular performer for Bedford Blues, Christian first played for Launceston at the age of eight, and later played for their senior team, the Cornish All Blacks, in National Two.

Also featuring for the Cornwall County Championship winning side in 2015, he then spent a season playing for Plymouth Albion where he was a standout prop in National One.

Besides his county honours – he was a winner again with Cornwall in 2016 – Christian also played for England Counties last season.

Judge, a powerful prop, signed on as a Bedford Blues player from Plymouth Albion. The talented prop was a stand out performer for Albion in the 2015/16 season.

In February 2017, the Cornish Pirates confirmed that Judge had put pen to paper on a two year contract.

An ever-present for Pirates in the 2017, Judge joined Saracens on a loan deal in September 2018 but his impressive form saw him extend his stay and help the Club to secure the Premiership title.

On 18 January 2019 it was announced that the prop would be joining Bath for the 2019–20 Premiership Rugby season.