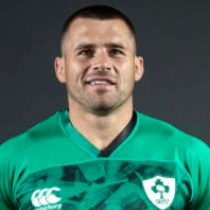 CJ was part of Ireland's Summer Tour to South Africa, 2016, when on his first game for his adopted country on South African soil led to him being red-carded for a block down a challenge on former SA U-20 teammate Pat Lambie, his first red card of his career. His second Ireland appearance overseas was a much different story as he put in a leading role, making 14 tackles and scoring a try in Ireland's victory over the All Blacks in Chicago.

In March 2021, Stander announced that he would retire from rugby following his 50th appearance for Ireland in the Six Nations, while he reached 150 caps for Munster.

Stander ended his career with:
156 games for Munster
42 tries