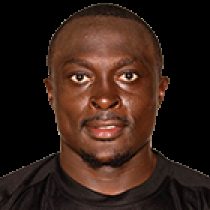 Injera started playing rugby while at Vihiga High School in Vihiga. After graduation in 2005 he joined military team Ulinzi RFC playing in the Kenya Cup league. The team was later disbanded, and he moved to Mwamba RFC, a Nairobi-based team where he plays as a wing.

Now a strong player for the Kenyan Sevens squad, Injera debuted with the team at the 2006 Dubai Sevens and played in the 2009 Rugby World Cup Sevens, where Kenya reached the semifinals.

Injera won the Kenyan Sportsman of the Year award in 2009. In 2010, Injera was awarded the presidential Order of Golden Warriors (OGW) for his performance in the 2008–09 IRB Sevens World Series.

He was named Player of the final in 2016 Singapore Sevens, after helped Kenya to win their first tournament in World Sevens Series.