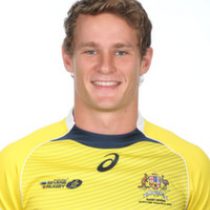 After staking a claim to the Australian Men’s Sevens jersey with appearances for the Aussie Thunderbolts in Noosa and Samoa for two years, Con Foley made the move to international Sevens with a debut at the inaugural Gold Coast Sevens in 2011. He hit every stop of the World Series in the 2011-2012 season and also toured South Africa with the Australian Under 20s for the Junior World Championship