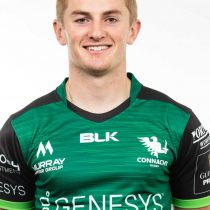 Fitzgerald started off in the Munster Academy but was released before the conclusion of the 2017/2018 season. He then joined the Connacht Academy, making his debut in the Pro14 against French side Bordeaux Bègles on 13 October 2018.

He signed his first professional contract with Connacht in April 2019.

Fitzgerald has represented Ireland U20 in the Six Nations and World Championship competitions.