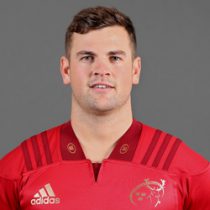 Oliver is a Leinster Schools senior cup winner with Blackrock College in 2014 alongside Leinster teammates Jeremy Loughman, Joey Carbery and Hugo Keenan. He is highly regarded in the Munster ranks and is a talented back row.

Oliver played for Ireland U20s World Cup in 2015 leading to his inclusion in the Munster Academy for the 2015/2016 season.

In February 2016, he made his competitive debut for Munster coming on as a substitute against Glasgow Warriors in a 2015/16 Pro12 fixture.

In May 2017, Oliver won The John McCarthy Award for Greencore Munster Rugby Academy Player of the Year.

Making his PRO12 debut against Glasgow Warriors in February 2016, just over a year later the back row would win a man-of-the-match accolade against the same opposition.

After 22 appearances and 20 points with Munster, he signed a new two year deal with the club before switching allegiance and joining rivals Connacht in June 2020.