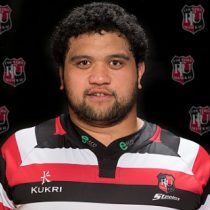 Coree Te Whata-Colley put in some impressive performances for his club side Bombay and earned himself in a spot in the Counties Manukau squad for the 2017 Mitre 10 Cup.

After earning 20 caps for the Steelers, ahead of the 2019 Mitre 10 Cup campaign, he opted to move to Northland