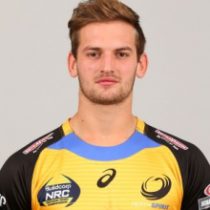 Born and bred in Western Australia, Corey Thomas progressed through his state’s development pathways, including playing for Perth Spirit in the inaugural National Rugby Championship season in 2014.

In 2015 Thomas moved east to base himself at the GPS Club in Brisbane, and his eye-catching form made him a talent worth exploring for Brisbane City and Queensland Reds forwards coach Nick Stiles.

Thomas repaid that faith with a strong showing one he got an opportunity in a pretty red-hot City side, and was a part of their back-to-back celebrations, coming off the bench in the Final against Canberra.