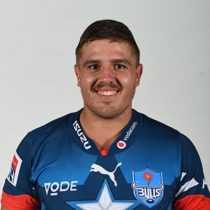 Els made a move to Pretoria where he would join the Blue Bulls Academy, becoming the first-choice hooker for the Blue Bulls U19 side in the 2013 Under-19 Provincial Championship.

He represented Pretoria-based university side UP Tuks in the 2014 Varsity Cup competition, playing in six of their seven matches.

He earned a call-up to the South Africa U20 squad that competed at the 2014 IRB Junior World Championship in New Zealand.

The following year, Els was included in the Blue Bulls squad for the 2015 Vodacom Cup competition. He made his domestic first class debut by playing off the bench in the final few minutes of a 20–18 victory over eventual champions the Pumas.

In 2018, he was called into the Bulls wider Super Rugby training squad and made his debut against Stormers in 2019.

As of June 2020, Els has made 12 appearances for Pretoria-based club.